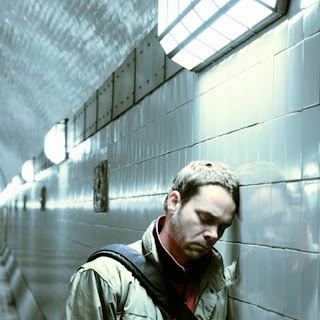 “Men are more likely to act out their inner turmoil while women are more likely to turn their feelings inward.”
— DR. ARCHIBALD D. HART
There is a great deal of life that can be explained if only we know what the problem is. So many times relationships are compromised because we don’t detect the presence of depression in one or both partners. Many times people of both genders do things that don’t help, but hinder, their progress in life, simply because they don’t deal with the causes of their problems. Very often we can be in a state of depression without knowing it. Acknowledgement is the important first step in grappling with an issue that can be resolved to a great extent.
Below I will explore some of the generalised patterns of male and female depression manifesting behaviourally or attitudinally.
The Character of Male Depression
When guys get depressed they externalise their feelings, but often in unsafe and unconsidered ways. Anger becomes primary and control becomes a tool to wield when he is threatened. He turns to sports, sex, alcohol, etc, in trying to feel manlier. But these are vacant escapes that prolong his unfulfilled state. He feels ashamed by his depression and terrified to confront his weakness, and he tries ever harder to be the man. He is trying to prove something. He finds attack the best form of defence. In reality, he is lonely inside and is rather desperate to find safe and effective ways of being heard. He needs to accept himself.
The Character of Female Depression
The woman who is depressed, on the other hand, cannot maintain control and she may always try to be nice. She attempts to ‘fix’ her depression by trying harder and she feels guilty for being depressed. She procrastinates and obsesses about her weaknesses, disintegrating at the slightest failure. When she is hurt she withdraws, becoming paralysed regarding the situation. Instead of blaming others for being depressed, like the man does, the woman blames herself and turns her feelings inward, destructively. In reality, she is fearful and is in need of plain, but truthful, understanding about what she is really dealing with.
***
Depression is such a relatively common illness; there is no shame in it. The challenge for many men is to find safe and healthy ways of acting out their inner turmoil. For women, simply expressing their inner turmoil in a safe environment, and finding validation, is often the key. Self-acceptance helps both men and women.
© 2013 S. J. Wickham.

Steve Wickham
Australia
I am a husband, father, grandfather, church pastor, counsellor, funeral celebrant, chaplain. I hold four degrees in Science, Divinity (2), and Counselling. I'm also co-author with my wife Sarah of: Shining Gift of God: A Memoir of the Life of Nathanael Marcus... https://www.amazon.com.au/Shining-Gift-God-Memoir-Nathanael-ebook/dp/B08BZ861BH My Ezine-Articles Sent Directly to You